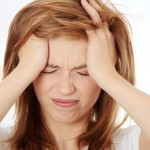 There are no upcoming events at this time.

Guess what week it is?? Interns made their return!

🤗 One of the most needed/wanted supplements is

Through some health hurdles with my own kids, we f

Less now. Do the best you can! Just a heads up as

Llama has viral immune support back in stock. Supp

Llama says D-Hist Jr is back in stock!! Whoop whoo

Are the kids driving you nuts? Who can blame them?

So grateful to serve you all 💕Dr. Jenna and Dr. Hannah are proud to be the women chiropractors of our community. Thank you to our patients for allowing us to be a part of your wellness journey.
And here’s to all the other wonderful women chiropractors around the world. You ladies rock ❤️
... See MoreSee Less

Guess what week it is??

Interns made their return!! 🥳

Emery and Natalie have made their return for the summer as they are gearing up to transition to doctors this fall. 👩🏼‍⚕️

We are so excited to have them back! ... See MoreSee Less

If you have ever wondered why we check your mouth when you have back pain 🦷😁If you look at the jaws of the children of today you see a shocking pattern.

Crooked teeth are a result of underdeveloped jaw bones.

In dental practice this has become normal. Our children today don’t develop the jaws that fit 32 human teeth.

In late adolescence we see it when wisdom teeth don’t fit. In late childhood we see it with crowded crooked teeth requiring braces.

What we are witnessing is one of the most important health trends of human history. When our jawbones don’t develop, our airways are less developed. The roof of the mouth is the floor of the nasal sinuses, and reduces the volume to breathe through.

That results in increased pressure in the airway, and can lead to obstructed breathing during sleep, or sleep apnoea. We are currently in an epidemic of people.

How prevalent would you guess sleep apnea is in the world?

Here are the figures reported in the Lancet:

"Using AASM 2012 diagnostic criteria and AHI threshold values of five or more events per h and 15 or more events per h, we estimated that 936 million (95% CI 903–970) adults aged 30–69 years (men and women) have mild to severe obstructive sleep apnoea and 425 million (399–450) adults aged 30–69 years have moderate to severe obstructive sleep apnoea globally. The number of affected individuals was highest in China, followed by the USA, Brazil, and India.”

We are in a pandemic of poor craniofacial development and it’s time to wake up. ... See MoreSee Less

We so love Lori’s work! It’s been a huge add on for littles in our office. Check out her page if you need ideas 😊 ... See MoreSee Less

I think we could all use more quiet time, love, empathy and healing right now.

Do you have any tools helping you through this emotional rollercoaster? Please share! 💕This week’s meditation will focus on gratitude as a means to enhance manifestation and overall well-being. Meditations run approximately 30 mins and will be recorded if you are unable to attend. Never meditated a moment in your life? No prob - this is an easy guided meditation and the cost is free or a donation so it’s easy to try! Hope to see you there all you lovely souls! 🥰🙏🏽 Sign up below...